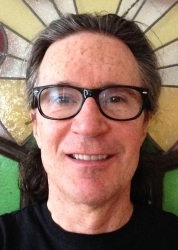 David Bemis is a filmmaker/photographer and the principal of Faceless Fish Productions, LLC, a New York City based production company creating original films and photographic series.

David is currently producing and directing a series of short films for web viewing dealing with the challenges we face in communicating with each other. The most recent short film, A Strange Bird won the Diamond Award for Best Drama in the 2018 LA Shorts Competition, February, was an Official Selection at the Queen Palm International Film Festival, August 2018, screened as an Official Selection at the 2018 Katra Film Series - Siidebar on September 14, screened as an Official Selection at the 2018 New York Short Film Festival on November 8th at ther Village Cinema in NYC and was a Semi-Finalist/Special Selection at the Miami Short Film Festival with a Special Events Screening in 2019. David’s short screenplay, Couples, won Best Comedy Short in the 2017 Back in the Box Competition and also Best Comedy Screenplay in the 2018 LA Shorts Competition, February. I Hate That was an Official Selection of the 2017 NYShorts Fest screening at the Landmark Sunshine Cinema in NYC on June 1, 2017, and was an Official Selection of the Berlin Flash Film Festival. The Date was selected to compete in the November 2015 Shooting People's Film of the Month competition and finished fourth in a field of twelve competing films. The Date was an Official Selection in the 2015 Back in the Box Competition. In Your Dreams was an official selection of the 2015 NYShortsFest screening at the Landmark Sunshine Cinema in NYC on May 26, 2015. In The Bag screened at the Hoboken International Film Festival and at the NewFilmmakers NYC Summer Series in 2009, as well as winning the weekly WNET Reel 13 Shorts online competition May 29, 2009. In The Bag was broadcast as part of WNET/Thirteen’s Reel Thirteen Program on June 6, 2009. Death of an Industrialist: A Family History, an hour long fictive non-fiction film about the life and death of David’s great grandfather, Howard R. Bemis, premiered at the Silver Lake Film Festival in Los Angeles in 2002 and was shown at the Dallas Video Festival in 2003. My Imagination, a dreamscape travelogue won a Bronze Award for experimental video/mixed media at the 1999 Worldfest Houston Film & Video Festival, screened at the 13th Annual Dallas Video Festival in March 2000 and also screened at the Knitting Factory in NYC at a 1999 Video Lounge presentation. The film was accepted into the Ifilm website in the experimental section.

Current projects include a feature film script entitled “Plenty of Time for That” about the struggles of a personal assistant working for an out of control real estate developer and two ongoing photo essays entitled Saturday in NYC and Diana Camera Dreamscapes photographs by David Bemis.